This DoncaMatic MiniPops has to be my oldest vintage instrument. It's made by Keio which became later better known as Korg and their synthesizers. The company's first product was the huge DA20 DoncaMatic rhythm machine in 1963. In 1966 Keio released more DoncaMatics some of which were physically small, hence the name MiniPops, I guess.

I can't find any model number for this particular rhythm machine, so I'm not sure if it was also released in 1966. It must not have been much later anyway. In the 70's Korg dropped the name DoncaMatic and their rhythm machines from that era are better known as Mini Pops with a model number, like the famous mini Pops 7 that J-M Jarre used on his Oxygene and Equinoxe albums.

This DoncaMatic MiniPops is quite a primitive machine, but it sounds really good! You can basically adjust only the tempo and then mix in some cymbal sound. I used the cymbal sound momentarily as a snare by bringing it in only when needed. The MiniPops sounds fantastic when you experiment with some outboard effects like delays and flangers. One thing to mention is the possibility to combine the presets for some weird results. Great!


The shape of the Doncamatic MiniPops implies that it's designed to be fitted under an organ to provide the rhythm accompaniment.
The DoncaMatic MinPops was my drum machine of choice on the album Subtle Moves where I used it on four songs. 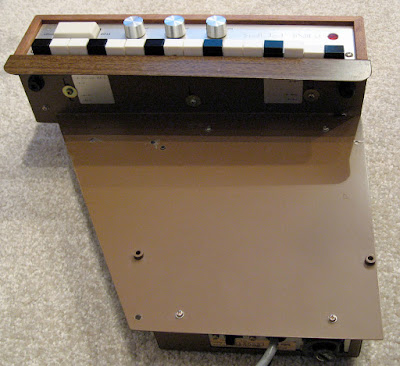 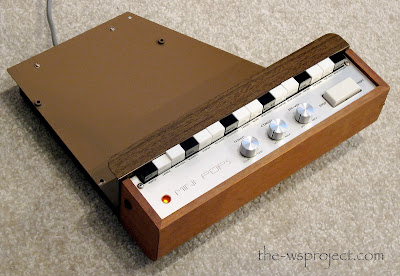 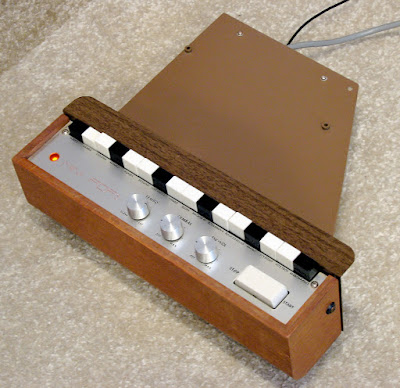 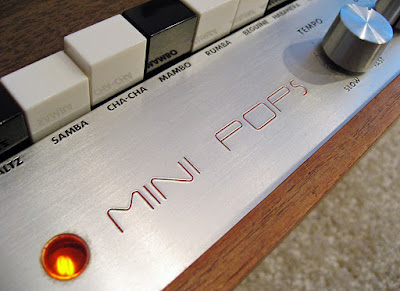