Korg moved from analog to digital in steps in the 80's. The Poly-800 series synths were still analog with their digitally controlled oscillators (DCOs) and the annoying digital user interface. But the DW-series synths were already real hybrids. Analog oscillators were completely replaced by the DWGS oscs (Digital Waveform Generator System). The good news is that besides the DW generators the signal goes through all analog VCF and VCAs.
In the DW-8000 and its rackmount version, the EX-8000, there's also a digital delay onboard that provides you with modulation effects such as flanging and stereo chorus. 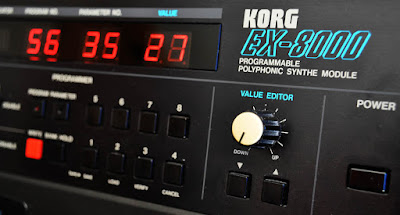 The DWGS waves offer a wider pallette of sounds than what can be achieved by conventional analog oscillators. All in all there are 16 different digital sampled waveforms. You get your basic sawtooths out from the synth, but there are more complex waveforms also. And the wonderful thing is that this thing still sounds very warm, analog and organic! 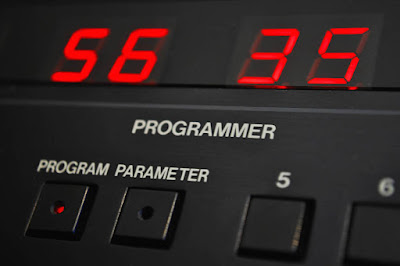 Programming the EX-8000 is not really difficult, but slow and thus frustrating. It has six stage envelopes (ADBSSR) that I always find unnecessarily complex. I'd always prefer executing that kind of movement in the sound by realtime controllers than having it fixed in the parameters. 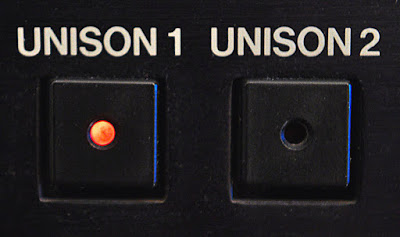 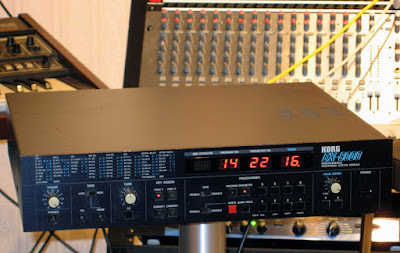 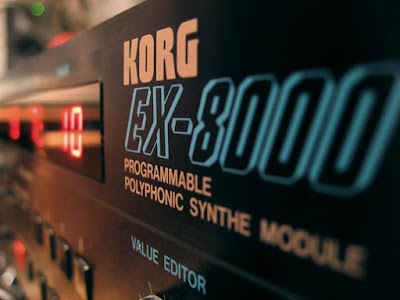 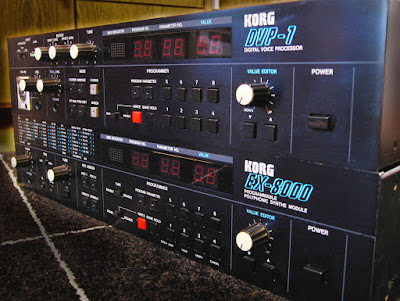 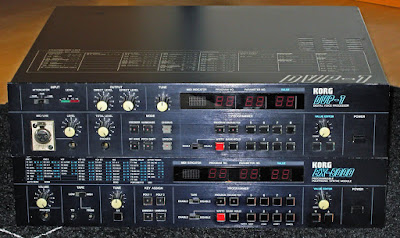