I replaced my CS-15D with a CS-40M and the first thing that struck me was its size. It's much bigger than what I expected from the pictures. But of course, it's full of analog technology being not only monophonic but a duophonic synth. The CS-40 offers 2 VCOs per voice and all the needed sound shaping functions are there. Especially good are the modulation capabilities of this synth, and it excels on sound effect type patches. Throw in the really nice built in ring modulator and you'll go outer space in no time. 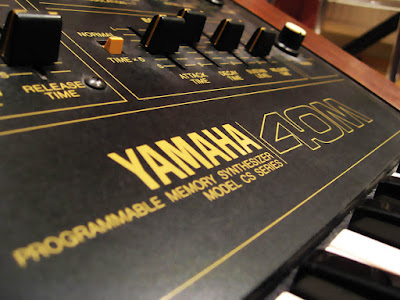 The CS-40M has an unusual structure of how the sound is built up. The VCOs are actually quite thin sounding and they lack the low end. Then in the final stage in the VCA section you can mix in sine wave to boost the bottom end. While this makes up the lack of low end, making the synth very bassy and boomy, I never preferred the CS-40M for bass sounds. I think a solid and strong basic VCO just sounds better for basses. This is where I still missed my old CS-15D after selling it away. With the CS-40M you can turn off the oscillators and play only with the VCA's sine waves.

I don't know why Yamaha chose this kind of structure to "build up" the sound from different elements in the signal chain. But I guess the "thinner" sound of the VCO behaves better in the modulation routings and with the ring mod, resulting in better levels and clearer sound. In the end the final output of my CS-40M is quite loud!
However, the VCOs are wonderful for many kinds of lead sounds and you can make really convincing poor man's Blade Runner leads if you wish. And since the synth is duophonic you can have a bit of release time and the previous note is not cut off when you play the next note. 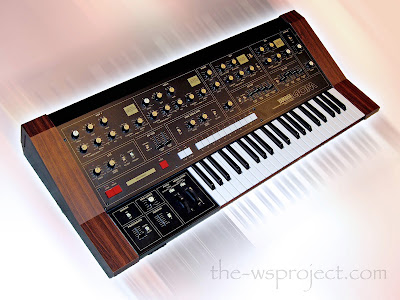 I have to mention the excellent sounding multimode filter since I really like to have bandpass and hipass modes in the filter. Yamaha wrote the words "Programmable Memory Synthesizer" on the front panel of the synth since there's a very early implementation of a patch memory system. But once you write your patch to any of the 20 locations you can't continue to program the patch anymore later. Only the very few lighter colored knobs will affect the stored patches (basically just pitch and volume control). 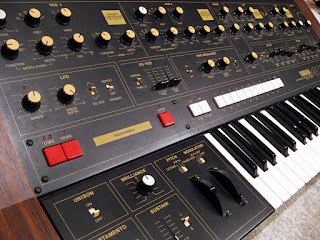 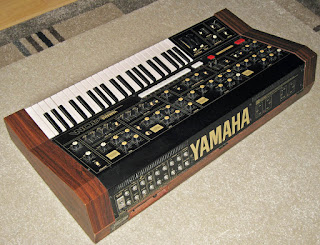 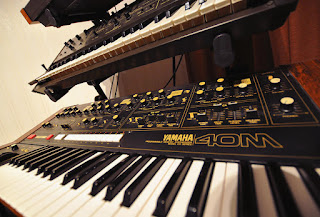 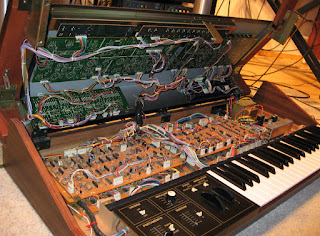 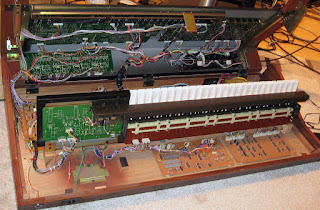 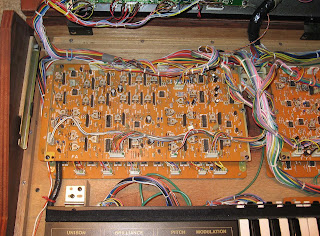