The Yamaha EX5 is a very nice synthesizer. Actually its "Extended Synthesis" engine offers several synthesis methods; AWM2 (rompler), VL (virtual acoustic) AN (analog modeling) and FDSP which stands for "Formulated Digital Signal Processing". The FDSP is a note-dependent effect processor that is more sophisticated and musical than any traditional effect processor, and that's why it is considered as one of the tone generator sytems in the EX5. On top of this there's also a sampler onboard, making this synth sonically very versatile.

I first bought the rack version, EX5R, and did that because of the sounds. I knew that the EX5 had a reputation of being slow and buggy as a music production system. But purely as a synth and a sound source that doesn't matter.
Soon I traded my EX5R for a keyboard version which works very well as a master keyboard also. It has good amount of realtime controllers and a quality 76-key keyboard. The aftertouch is a bit too sensitive though, but I usually filter aftertouch data off in my DAW anyway.

My EX5 is the rarer silver version whereas the ordinary color is blue. Vintagesynth.com says that the silver versions could be limited edition "Millennium Editions" or they just marked the end of the production line with a different color scheme. If that's the case, I find it weird that the firmware of my unit is very early. To update the (buggy) firmware you need to change the actual hardware ROM chips. 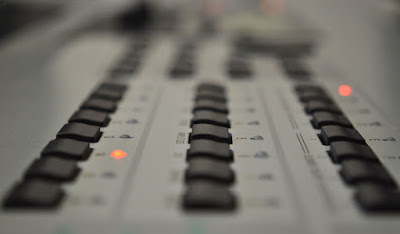 Being a nice synth and all I haven't used my EX5 that much and I don't like programming it. The AWM system has enough polyphony but the AN-synthesis has only 2 voices of polyphony and the VL is monophonic. I'm still not familiar how the EX5 shares its processing power when you combine the different tone generators and I don't really care.

Yamaha made a smaller EX7 also with 61 keys. It has less polyphony and the virtual acoustic VL engine is absent. 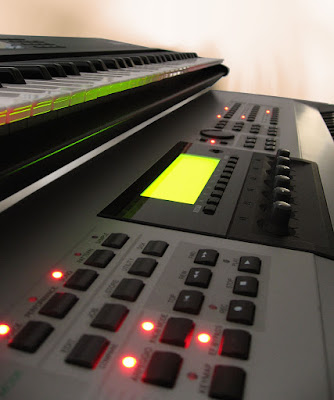 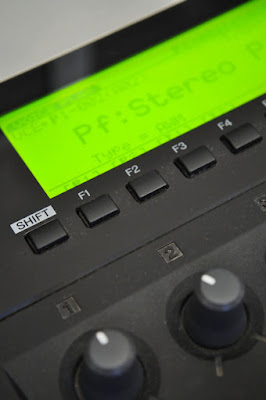 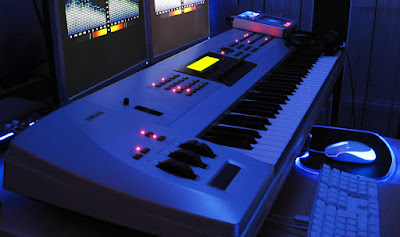 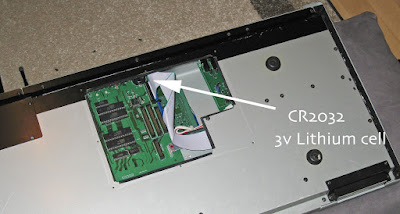 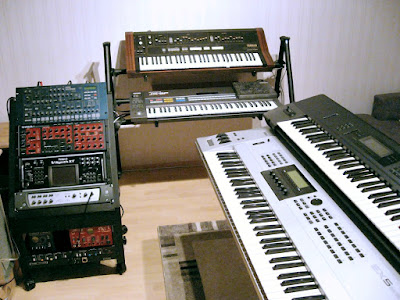